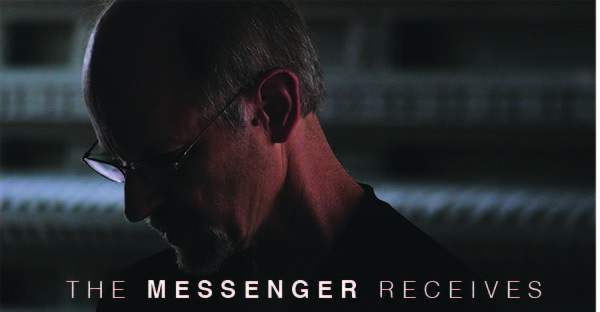 Thank you for following the process of Divine Revelation that is unfolding through Marshall Vian Summers, the man responsible for receiving and presenting a New Message from God to the world.

On Monday June 26th, Marshall received a new revelation of the New Message entitled “What Really Matters” and I am emailing you today to provide an account of the “Afterglow of this revelation” — the period of time that surrounds the process of Revelation itself.

The purpose of this Afterglow account is to document these historic and sacred events and also make it possible for you to experience the process of Revelation up close, giving you a sense of what it was like to be in the room as this happened.

Marshall Vian Summers has been engaged in the process of receiving the largest body of Revelation ever recorded and rendered. This process began in 1983 and continues to this very day.

And so it was on Monday morning, June 26th, 2017, The Society for the New Message and student volunteers had gathered for a weekly organizational meeting to discuss the work underway for the New Message. Volunteer staff at a distance were also present and participating via Skype from Brazil, France, the UK and Dallas, Texas here in the United States.

These weekly organizational meetings are inspiring, as each department of The Society provides a status update on the major projects underway. The coordination between student volunteers and The Society across time zones and vast distances, at all hours of the day and night, amidst work and family life, is striking and inspiring.

At the conclusion of the meeting, we took a moment of silence to think of Marshall Vian Summers, his lifelong service to God, to humanity and to the world, especially now as great waves of environmental, social and political change crash upon the world’s shores and as Contact with the Greater Community continues, and with it humanity’s ongoing encounter and interaction with non-human forces from beyond this world.

Just as we were dedicating this moment in the meeting to Marshall, a message came across my phone from him:

I feel a powerful revelation coming on. Would it be possible for you and Reed to come to record this?”

Right then and there, the word went out to all present in the room and abroad on Skype.

As Reed and I rode our bikes home from The Society’s offices, I took note of this day of revelation…the glistening light, no wind, birds abound, even a monarch butterfly flitting up and down through the garden upon arriving.

As we hurried to prepare the space for what was about to happen, I asked him how he was doing, especially after having to wait so long for us to get there.

I feel a lot of downward pressure, as if a force is trying to pull me off the surface of my mind. It makes it really difficult for me to do things. All of a sudden everything became very glassy. And I said to myself, ‘I know what this is. I have been receiving messages about what this could be.’ Yes, it’s like a tremendous weight on my shoulders and yet pulling me off the surface. It is not a physical weight, but it feels weighty. And I am being called out of a normal state of mind, from normal life, from normal activities…”

Once in place, Marshall sat very still, whispering inaudibly his prayers of service to his Source.

“At some point in your life, if you are being honest with yourself, you will begin to question why you are really here…

“It is a great reckoning, you see, a great transition from trying to be happy living in Separation from your Source and from those who sent you into the world, to become reconnected with your Source and those who sent you into the world—reconnected through a deeper Knowledge within yourself, a deeper Intelligence, a deeper Intelligence that is who you really are, who you were before you came into this world and who you will be after you leave…

“At this turning point, you have to become serious about your life. No more side journeys, you see…

“Heaven is waiting for you to come to this turning point in your life. Before this, everything is haphazard.

“For what really matters is to find the Knowledge that God has placed within you to guide you, to prepare you and to lead you in the true direction of your life.

“What really matters is to find those people who will be a part of this discovery.

At one point Marshall raised his right hand and turned it to face his eyes, which remained closed, and the Voice of Revelation poignantly spoke:

Here you have the eyes to see and the ears to hear, finally. Here you can look upon people who are suffering or living in error with compassion, realizing that they are still lost living in Separation.

“What really matters is that you return to the purpose that has brought you here.

“In time, things that do not matter fall away or prove to be a burden and an impediment.

“Enough people in the world must be restored to this sufficiently to alter the course of humanity.”

As the Angelic Assembly spoke through Marshall, his voice became dry, speaking so continuously as he did. At times, totally enveloped in the experience of Revelation, the palms of his hands moved slowly up and down until he brought them to rest on his chest at the level of his heart.

The Voice ceased shortly thereafter. Moments of silence passed. When Marshall looked up, we knew the revelation had concluded, but for him the experience continued.

The following are his thoughts and reflections in those immediate moments just after, as the Presence of the Angelic Assembly receded.

I came back in, had a little bit of food and began to listen quietly because I often get messages about what this is going to be about. And I always ask, ‘Is this a message for me individually or is this a message for the world?’ And I kept hearing ‘world,’ so world it is. So that tells me it has to be recorded.

I contacted my wife Patricia and my son Reed, who were in a meeting at The Society, and asked if they could come home and record me, which they did.

And while I waited for them to come, the weight became very great. I just really couldn’t do anything except very simple tasks, being pulled off the surface into a deeper place where the Engagement would take place. This just does not happen at the surface. And as I waited for them to be able to come home, I could feel the strength of this Engagement, and other thoughts came into my mind that would actually be a part of the discourse. They kind of orient me. It helps me to relax knowing what this is going to be about.

I have not received a revelation in six months. The New Message is almost complete, except for certain teachings that may be needed as we begin to take the New Message out into the world. So I have not experienced this for some time.

And when it was over, there was great stillness inside of me, and they began to ascend. And as they ascend, I could just feel like I didn’t want them to go. ‘Don’t leave me here alone,’ I thought to myself.

They got further up, high, high, high, out of range of my awareness, but still accessible and available to me. They left me very quiet, in the world but not of the world, very quiet.

And this is a stage in which I speak with you here, having just received the New Message teaching, “What Really Matters.”

Marshall paused for a moment of reflection and then remarkably began to come forth with this intimate post-revelation teaching for us all:

One of the things I can see is that this kind of Engagement can’t happen too often because it makes it harder for me to be in the world if it’s sustained. My life is becoming like a bridge that is anchored on two shores—one shore in the world, one shore in Heaven. And over this bridge, the New Message can pass through me. But both of those anchors have to be strong enough for this bridge to hold up. There has to be enough structure there.

That is why I’m very structured about how I connect in the world, how connected I am and how much I have to be connected in the world without having too much of the world, which is always a temptation and a problem.

Heaven does not allow me to engage on the other shore very often though I can feel their Presence, and I can receive counsel within days and sometimes moments if I really need it. But I’ve received so much guidance and counsel now that my challenge is just to employ it and practice it and utilize it.

Why keep seeking more counsel if you can’t use what you’ve already received and already know to do? People don’t realize that the more your life becomes truly oriented and directed, the less guidance you need, so the less guidance you’re going to have. It’s either that or you are so stuck or so lost or so obstinate that they just stop talking to you. Those are the two possibilities.

I don’t constantly need course correction, and the course correction I have needed over the years has been provided to me with a set of observances and practices that I need to utilize for myself. So the constant need for guidance is just not there. It becomes a matter of ‘am I getting the job done?’ ‘Am I staying on course?’ ‘Am I staying current with what needs to happen?’ ‘Am I staying balanced?” And I’ve been given the provisions for making those adjustments.

Heaven doesn’t talk to those who just want to improve themselves to look better to themselves because that doesn’t matter. It doesn’t really matter how good you look to yourself or to those whose approval you seek. Heaven doesn’t engage with that. So all of these spiritual niceties that people love to indulge in is not a product of Heaven. It’s just personal enhancement, looking good because you don’t feel good, looking good because your life isn’t really going anywhere or accomplishing anything, looking good to compensate for the fact that inside you feel empty and lost.

Whenever you find yourself envying good-looking people or people who look like they have good circumstances, think about this: what really matters?

I’m living in the reality of “what really matters” now, deeply enough into it that it gives me criteria for understanding how to value things around me, even temporary things, even casual things. I can enjoy the world without being trapped in it, dominated by it—[enjoying] life’s simple pleasures every day and yet aware, sometimes acutely, of the level of suffering and destruction that’s going on in the world.

But that’s the world. And I must reach those people and find those people who are ready to engage with the real meaning of their life and who are service-oriented and compassionate and feel they have a relationship with the bigger world around them, beyond themselves.”

Nasi Novare Coram (The Presence of the Unseen Ones is with us),

22 Responses to "Receiving “What Really Matters”"