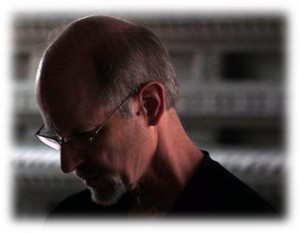 We are privileged to tell you that the Revelation of the New Message from God continues. Two days ago, Saturday, July 11th, 2015 the revelation, “The Determination,” was received by Marshall Vian Summers.

It took me a few minutes to wake up, to realize he was there saying:

“Patricia, wake up, wake up. I am being called.”

He waited for me to stir and open my eyes, only for me to see him standing there in some kind of state of surrender.

It was a glittering mid-summer morning. We could hear the sound of the doves in the trees outside our window. As the minutes went by, however, the sense of weight and Presence grew heavier and heavier upon him.

At 7:15 am, a text message went out to The Society saying that the Messenger was being called:

“Good morning to all on this glittering day. Marshall was awoken at 4:30 this morning and has been engaged since then preparing to receive revelation. He is seated, and will begin soon.”

In the minutes that followed, after Reed and I had prepared the space, the Messenger settled into a profoundly still state.

In seeming seconds, the Voice of Revelation began:

“Today we will speak on Determination.

It is Determination born of Knowledge that is your great strength, a strength you have not yet found…

…Oh how you need this today. You needed it yesterday. You have always needed it…”

At this moment in the revelation, Marshall sat motionless, his eyes closed as always, his hands held before him in a posture of prayer.

The Voice continued, and spoke on and on…

“When you begin to feel this deeper determination and follow it, it will be clear that it is a series of steps you must take. …To do this, to take this greater journey, will re-establish self-trust, self-worth, self-appreciation and a greater sense of relationship and meaning in your life that nothing else can provide. It is an answer to your prayers, spoken or unspoken.

Without this power you will always tend to fall prey to weakness and indecision. You will not want to face certain things in life that you must face. You will not assume certain responsibilities you must assume. There will always be the great risk of you falling away, falling back into the shadows, not wanting to commit your life in the way that it really must be committed…”

“For you must fulfill your destiny, you see.

It is not something you can bargain with…

You must carry forth what you have been given to do to the very best of your ability. In this, you come into alignment with Heaven…”

Marshall now with his hand and arms still extended, yet with palms facing his chest…

“You need this Determination now…

This is what integrity means, to be in true alignment. It is the most natural thing. But it will seem foreign to you, because you have been living such an unnatural life…

To find the right place to be, the right people, the right purpose—this is all part of the foundation…. You must have the patience to build your foundation, brick by brick, stone by stone, so you will have the strength to assume a greater responsibility in life…”

And as the power of the Voice continued:

“This is your journey to take. And you must take it…

Marshall now with his hands clasped against his chest…

And then the Voice spoke a final prayer:

May the Determination keep you focused here, given all of life’s seductions and disappointments.

May it give you the strength, courage and direction that you will need to have and to follow, for this why you have come, and this will fulfill the purpose of those who have sent you…”

The Voice finished speaking. The room felt as if it were ringing and reverberating. We were stunned as the Power of the Presence receded…

The Messenger was silent for some time, head bowed, hands and arms resting upon the pillow in his lap, palms down.

Eventually, Marshall opened his eyes, then tilted his head and supported it with this left hand, his neck muscles fatigued, perhaps from being motionless for so long, or perhaps from the sheer weight of the revelation as it passed through him. He sat this way for some time.

Eventually, he looked up, took a sip of tea and greeted us. He took a few moments to speak to us about his experience of receiving “The Determination.” See his concluding comments below.

After securing the recordings, a brief message went forth to The Society:

The revelation flowed like a roaring river, chest deep through the room, through the man. Speaking of ‘The Determination’ that is applied to and expressed through a singular life.

In being there, I could barely maintain any upright consciousness. It was like being in the flow of a river of intention of the Source of the New Message itself, coursing, flowing, raging….

Now the ‘Cloud of Revelation,’ as Marshall refers to it, is ascending, ever upward, higher to a place from which the Messenger says,‘They watch.’”

After being assured the revelation was safely preserved, Marshall lay down briefly to rest, and then got up to walk alone in the fields near by. He then came back to find that the Campfire Chat of the New Message Free School was underway.

Message from Marshall Vian Summers regarding his receiving “The Determination.”

“I was awoken at 4:30 this morning, on a Saturday morning, wide awake though very tired. I woke just before the dawn, and though I tried to go back to sleep, I knew in my heart that I was being called. So I finally got up and sat in my chair in my study. I realized that this was a good time to ask questions because I had to wait until a little later to wake up my family, my wife and my son, to help me with the recording.

And yet the Presence grew stronger, like a weight on the top of my head and shoulders. My eyes became glassy and things became a little fuzzier, as if the air was electrified around me.

Then I just sat with the Presence, and the words, “The Determination” kept coming into my mind, so I assumed that would be the theme of this recording and teaching. And it was. I am grateful to have it, for I need it. Everyone needs ‘The Determination.’

The Teachers descend like a Cloud of Revelation, engulfing me, holding me there. And then when the revelation is complete, they begin to ascend back up to their lofty, watchful place, beyond my worldly mind, but to a place I can feel, and somehow I know so well.”

“There must be a Determination.This is not a personal determination…
The Determination we speak of comes from a different place within you,
from the deeper Knowledge God has put within you and
that lives within you at this very moment… ”
– The Voice of Revelation

Patricia Summers’ notes on the process of Revelation

12 Responses to "Receiving ‘The Determination’"