Important News: Think of the Messenger, Marshall Vian Summers and know and remember that this is a day of revelation in which the great teaching “Resilience” was given.

And right now as frightening conflict, great and small, is erupting throughout the Middle East, causing death, havoc, and posing what is endless threat and destruction to people and children who are only trying to live their lives…

The Messenger sees these realities and feels them deeply, for he loves the world.

And true it is, though, that he brings an even Greater Love to this disassociated, fractured and increasingly distressed humanity.
And so it was today.

Therefore, amidst all of this and more, like the Messenger may we too take a moment to think of our human family and those students of the New Message, some of whom are living in these life-threatening situations and conditions.

And let us take a moment to think of the Messenger for a New Message from God for humanity, who went to bed uncomfortable last night and awoke uncomfortable at 4:30 am…realizing that the call to him was sounded.

At 8:15 am Mountain Standard Time, “Resilience” was given.  And so it is that the Voice of a thousand Voices spoke again, sending us a strengthening and fortifying revelation, for these days and these times, and for the trying days and times to come. A message and a calling was sent to us this day through the great spiritual conduit that exists between this humble man and the Angelic Assembly who sent him here for this one purpose.

“Today we will speak on resilience. Humanity is standing at the threshold of the greatest world change it has ever experienced, a world facing  changing climate, great disruption, great economic and social discord as humanity is unprepared as it is faces a new world experience, a more difficult world…

“God has brought a great warning, a great empowerment…

“Humanity is in a precarious situation for which it cannot save itself.
It is too blind.
It is too preoccupied.
It is too filled with contempt and conflict.
It is not strong enough or united enough.

“You are facing a situation of great complexity and you will need a New Revelation from God, as well as your own intelligence and resources to contend with this, to prepare for this, to survive within this. And if you can do these things, to build a greater future for the human family, a greater security for the world, a greater union for the human family…

“The ship is listing in the water now…Who will know these things? Who will look? Think of how shaken you will be when you see the world rattling all around you….

“You must build your resilience to live in a changing world…..”

A more detailed accounting of this important event will be available in the future, including the Messenger’s actual first moments and “Afterglow” reflections, captured just after this revelation was received.

I invite all of you to go to the New Message Journal, where these “Afterglow” accounts are published for the entire world to see. Your comments there are very important in bearing witness to the miracle of the New Message from God that is occurring in our midst.

You are the first to know that the revelation “Resilience” was received just hours ago, received today.

Of the 7.1 billion people for which this revelation from God is intended, you are the first to know. This is Grace in action.

You are being called. There is no doubt.

Therefore, let the news regarding this Angelic communication, this revelation go forth.

I conclude here with a sacred utterance itself from the Source of the New Message from God, “Nasi Novare Coram.” These words and their otherworldly sound speak to a reality surrounding us within this world, which will surround us beyond this world as well. Thus,

*Nasi Novare Coram – “ The Presence of the Angelic Assembly is with us.” 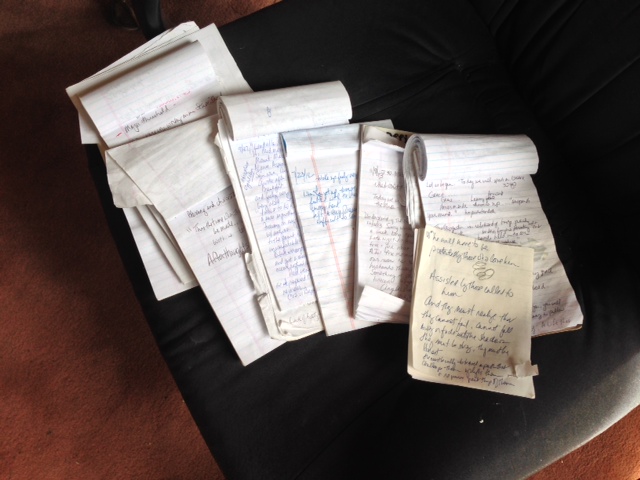