Home » Iran and Coronavirus: Looking through the lens of Pandemic 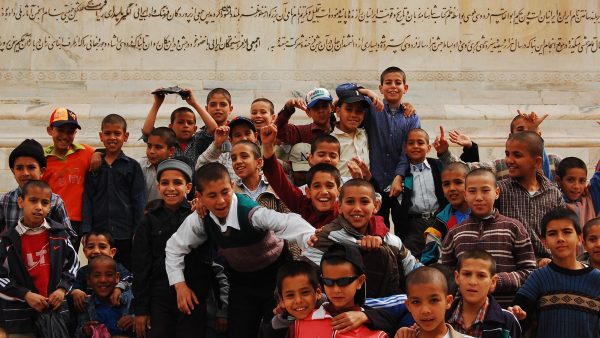 Looking Through the Lens of Pandemic

The Messenger’s Journey to Iran: Opening the Floodgates of Revelation

As this Great Waves event and pandemic spread worldwide, I think of people in countries around the world most immediately challenged by the coronavirus. One of these countries is Iran, where the number of confirmed coronavirus cases and deaths continue to grow dramatically.

We here at The Society are so grateful that several students have stepped forward to begin the epic work of translating the New Message into Farsi, the native language of Iran, making the New Message available for Farsi speaking people in Iran and worldwide. May these people find  the New Message. It is here to provide strength, stability and direction for people facing these uncertain circumstances and times, both now and going forward. It is clear now, we are living in a Great Waves world.

Marshall, myself, Darlene Mitchell and Reed Summers were fortunate to visit Iran together in 2008. Many images and experiences come to mind as I reflect back on this journey.

At the time, there was a brief lull in political tensions between the US and Iran that created a window of opportunity for us to travel there. Still, it was a complex and difficult process to gain entry to the country. To do so we were aided by the skill of an American professor of Iranian Studies who had lived in Iran leading up to the Iranian Revolution.

Being in Iran, in the cities and in the countryside with the people, visiting their holiest religious sites and immersed in the culture, had a powerful effect upon Marshall and called forth a flood of amazing revelations, all of which will reverberate deep into the future. These revelations were received in changing circumstances even as we were transiting from one place to another, from Tehran, going East across the country to Mashad on the Afghanistan border, then South to Shiraz, north to Yazd, Esfahan, and finally to the city of Qom, the center of Shia Islamic study. The experience of being in Iran for Marshall triggered a tidal wave of revelation that then continued months after we left.

While in Iran, Marshall received these six revelations:

A mere month after leaving Iran and upon eventually returning to Boulder, the entire Great Waves of Change book was received over 8 days from 5/30/08 to 6/6/08.

Then five days after that on 6/18/08, the entire Allies of Humanity Book 3 was received by Marshall in one day.

Our time in Iran, and Marshall’s intimate experience of the place and its people, was part of a new flood of revelation that began in 2008 and continued into the years following.

Therefore, we think of the people of Iran now, who are experiencing great suffering. (At this time, there are reports that a person dies in Iran from this pandemic every 10 minutes). The plight and predicament that the people of Iran face is formidable, and so it may be for all of us, as together we face the growing challenge of the coronavirus pandemic that is sweeping across the world.

We send gratitude to those Iranians who welcomed the Messenger into their country without knowing who he really was. If they only knew then who Marshall really is. We acknowledge the power of the Presence there in Iran that helped create such a powerful opening for the Revelation to flow. May this Presence carry the people of Iran forward through these trying times.

As of today because of the work of just three student translators, there are 53 translated revelations of the New Message in Farsi, including one entire book of the New Message. And for this, the Messenger Marshall Vian Summers sends them his immense gratitude and blessings.

Next Steps And What You Can Do

We at the Society for the New Message invite you to consider the taking one or more of the next steps:

Explore the revelations and books which were received by Marshall on this consequential journey to Iran. See the links above.

For a pictoral experience of this consquential visit: Journey to Iran

For a personal experience, listen to some of Marshall’s teachings here.

Spend time with the revelations contained in these books of Revelation and with the tools and practices they contain:

The Great Waves of Change-Navigating the Difficult Times Ahead

Thank you everyone. May we have the opportunity to meet one another one day.

And more importantly may we join with Marshall, with others and with the deeper intelligence within us, which the New Message calls Knowledge, to build a new life and a new platform of strength in this world, from which we may assist others.

6 Responses to "Iran and Coronavirus: Looking through the lens of Pandemic"