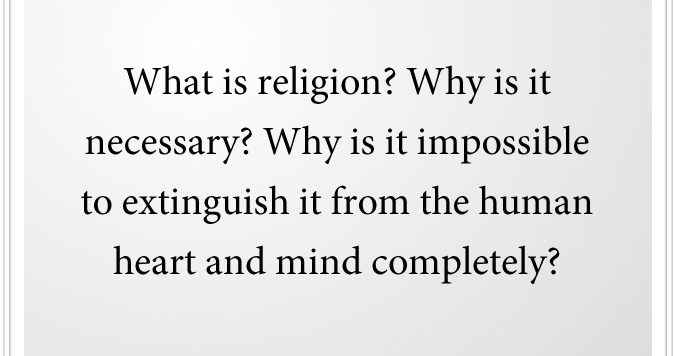 This is the pure religion. It has been the religion of the saints, the great creators and humanitarians. Moved by a greater power and force in their lives, beyond the ordinary things that determine people’s lives and experiences, they have been moved by a greater force, like a spiritual gravity, moving them to do extraordinary things for the benefit of others, beyond mere kindness and doing favors or service for people, by setting an example and encouraging and igniting the power of Knowledge in others.

You see, instead of punishing the wicked and sending them to Hell, God attends to the wicked, the sinful, and the ones who are lost and prepares them for Heaven by restoring to them their awareness of Knowledge, and with it their deeper conscience.

The Pure Religion is a book of Revelation given by the Creator of all life to the human family through the Messenger Marshall Vian Summers. Throughout history, God has given Revelation and Wisdom to meet the growing needs of our world at great turning points in the evolution of humanity. Now God is speaking again,… Read More

It is a common theme in humanity’s understanding of spirituality and religion that there is a higher truth, a greater realm, and that there is a lower realm, a realm of pain and suffering. For to be in physical reality is to experience this pain and suffering and to see its manifestations everywhere around you. Yet the memory of your Ancient Home, the reality of a greater and more complete existence, is still recalled, if only for fleeting moments.

The Spiritual Families and the Plan of God

Your presence in the world here is not an accident. You were sent here for a purpose. This purpose remains hidden within you, kept safe by the deeper Knowledge, the deeper mind that God has placed within you.

People have a very strange notion about miracles. They want to see fantastic demonstrations of supernatural powers. They hear stories of great teachers producing such events, and they are presented to them to induce or to strengthen belief—fantastic stories of producing miracles for people, as if that is what sets the true teacher apart from the ordinary person. This is the stuff of lore and fantasy certainly.

Throughout history, humanity has made covenants with God, often thinking that it is God’s Covenant that they are creating. These have varied according to the sacred Covenant that God has always made. For human understanding can never encompass the Divine awareness. And human ethics and human law can never mirror perfectly the Divine awareness, for it is far too great and mysterious, extending far, far beyond the realm and the reach of the intellect.