Revelations for the Individual

Today We shall speak of the Holy Days on this Holy Day, when you honor one of the great Messengers sent to Earth from the Angelic Assembly. Though this is not the exact date he was born, it is celebrated here. The Holy Days represent a remembrance of your Source, your origin and your destiny… Read More

Clearly, everyone in the world, even the youngest child, is acquainted with suffering—physical pain, emotional pain, psychological pain, the pain of Separation, the pain of living in a difficult environment in the physical reality. This pain has many dimensions. It is certainly associated with need and with fear, and aggravation of some kind.

Taking the Steps to Knowledge

We would like to speak about learning and living The Way of Knowledge as a fundamental spiritual focus and practice and application in life. To begin with, let Us speak about what Knowledge is and why it is so important for you.

The Power of Knowledge (LIU)

Developing skill in the mental environment is a great preoccupation amongst technically advanced nations, for it holds great promises of power and discernment and, in some cases, even the outside control of the experience of others. This power is something that humanity has only begun to discover and to develop. While influence is practiced in… Read More 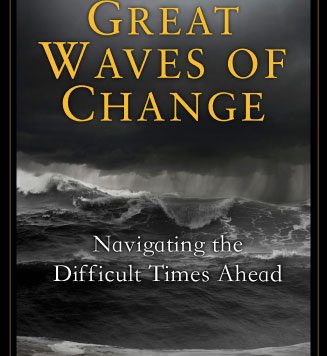 The Great Waves and Your Life

People will ask, “What will these Great Waves look like? What can we expect? What are we really preparing for? Is it a difficult situation or is it a terrible situation?” The answer depends upon many things—upon human response and responsibility. Certainly, the resources of the world will be diminished, and there will be great… Read More

To be aware of a great need or a great event represents but the first threshold. To fulfill one’s awareness, one must take action. Action is necessary here to bring to fruition one’s awareness and to realize one’s strength. There are people who are becoming aware of the Great Waves of change, but who are… Read More

Your Purpose and Destiny in a Changing World